The Riddle of the Sphinx is probably the most famous riddle from antiquity.   It has its origins in a familiar story from Greek literature, in particular the Theban trilogy by Sophocles.  In Oedipus Rex an oracle prophesized that the male child of the king and queen of Thebes would kill his father and marry his mother.  The king, fearing the prophecy, bound the child’s feet and set him out to die.  That child was Oedipus.  He was saved by a shepherd and later adopted by king and queen of Corinth.

As an adult Oedipus is told of the prophecy and leaves home in order to spare those he believes are his family from their preordained fate.  On the road he encounters a man in a chariot.  The two argue as to who has the right of way and Oedipus slays the man.

Outside the city of Thebes Oedipus comes upon the Sphinx who controls the city.  The Sphinx stops all travelers to ask them a riddle.  No one has answered correctly and all have been eaten by the Sphinx.

The Sphinx recites its riddle.  “What creature has one voice and yet becomes four-footed, and two-footed and three-footed?”  Oedipus answers the riddle correctly, causing the Sphinx to throw herself off a cliff thus freeing the city.

Upon his arrival in Thebes he is accorded a hero’s welcome.  He is granted the dead kings throne and marries the queen.  As fate would have it the man Oedipus killed on the road was his father and the queen he marries is his mother.

There are several versions of this riddle.  Apollodorus of Athens has a version that reads:  “What is that which has one voice and yet becomes four-footed and two-footed and three-footed?”  But probably the most famous version comes from History For Kids.  “What goes on four feet in the morning, two feet at noon and three feet in the evening?”

Are you as smart as Oedipus?  What is the answer to the Riddle of the Sphinx? 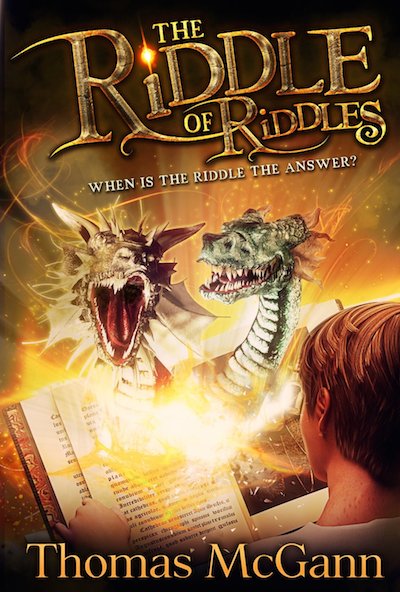